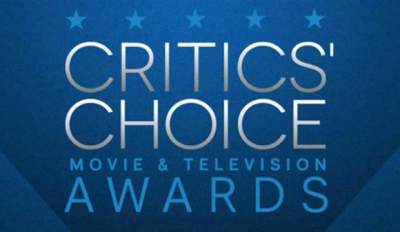 The 25th Critics’ Choice Awards will be presented on January 12, 2020, at the Barker Hangar at the Santa Monica Airport, together with its television awards, honoring the finest achievements of filmaking in 2019. The ceremony will broadcast on The CW and hosted by Taye Diggs. Martin Scorsese’s crime drama leads the way with 14 nominations.

Quentin Tarantino’s Once Upon A Time In Hollywood has an impressive 12 nominations, followed by Greta Gerwig’s Little Women, which has nine. Olivia Colman has been nominated for Best Actress in a Drama Series for The Crown, which is also up for Best Drama Series.

Here is the full list of Critics Choice Awards 2020 Winners .

Best Picture – Once Upon a Time in Hollywood

Best Original Screenplay – Quentin Tarantino – Once Upon a Time in Hollywood

Best Comedy – Dolemite Is My Name

Best Limited Series – When They See Us (Netflix)

Best Comedy Special – Live in Front of a Studio Audience: Norman Lear’s All in the Family and The Jeffersons (ABC)

Best Acting in a Comedy Series

Best Acting in a Drama Series

Best Acting in a Movie/Limited Series

Best Actor – Jharrel Jerome – When They See Us as Korey Wise