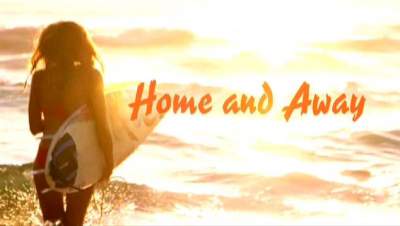 This show focuses on the community in the beachside town of Summer Bay, a beautiful seaside resort town where the residents are blessed with a fantastic climate and miles of stunning beaches.

About Show
Home and Away is an Australian television soap opera. It was created by Alan Bateman and commenced broadcast on the Seven Network on 17 January 1988. Bateman came up with the concept of the show during a trip to Kangaroo Point, New South Wales, where he noticed locals were complaining about the construction of a foster home and against the idea of foster children from the city living in the area. The soap opera was initially going to be called Refuge, but the name was changed to the “friendlier” title of Home and Away once production began. The show premiered with a ninety-minute pilot episode. Since then, each subsequent episode has aired for a duration of twenty-two minutes and Home and Away has become the second-longest drama series in Australian television. In Australia, it is currently broadcast from Mondays to Thursdays at 7:00 pm (on Thursdays, two episodes are played in a one-hour block).

Will and Gypsy’s relationship looks doomed. Duncan’s bomb blows Alf to smithereens! An old friend from Jesse’s criminal past shows up.

Watch Home and Away Spoilers

Next on Home and Away, Maggie fears for her marriage when Marco blackmails her. Leah and Justin struggle to reconcile after her outburst. Jasmine is rocked by huge news.

Home And Away Most Shocking Moments – Storm (2002)

Home And Away Most Shocking Moments – Mine shaft (2004)

Home And Away Most Shocking Moments – Car off cliff (2004)